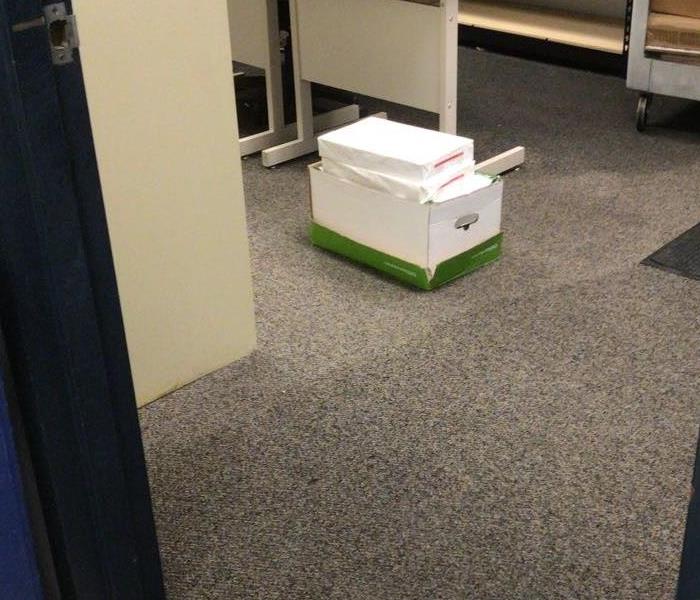 A major University located in Davie experienced flooding in some classroom laboratories and offices.  Having a preparedness plan in place,  and knowing to call SERVPRO of East Davie/ Cooper City immediately, saved this institution time and money.

In this event, the goal of SERVPRO of East Dave/Cooper City was to dry the areas at the University as soon as possible. We utilized powerful equipment to extract the water from the property so that the surfaces would dry. Moisture was removed from the air, and powerful fans were brought into the business to thoroughly dry out the space. Monitors were used to track the progress so fans and dehumidifiers remained on until the humidity level was restored to normal. That ensured that all signs of moisture were removed from the affected areas before the repair and restoration work began.