Who Do I Call First When I Have a Water Loss During a Holiday? 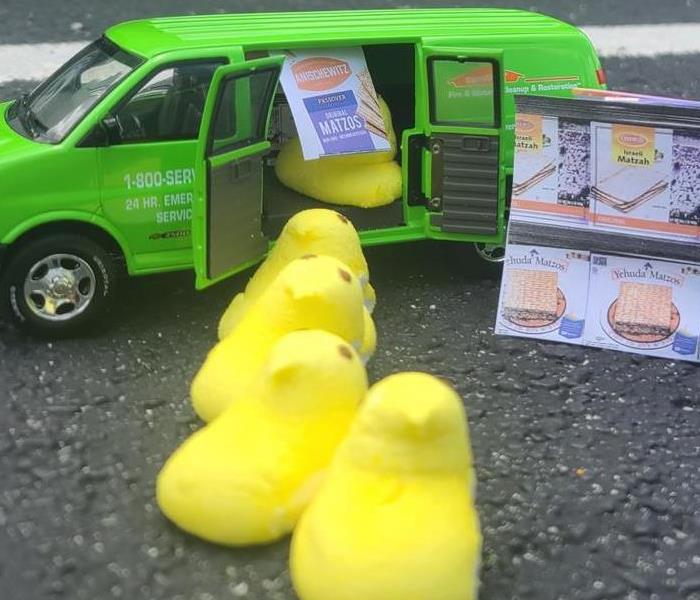 As homeowners of East Davie/Cooper City are preparing for Passover and Easter, they should also be prepared with SERVPRO's phone number.

First, SERVPRO of East Davie/Cooper City wishes all of our "peeps" a happy Passover and Easter.

Remember Murphy's Law? "If there is a possibility of several things going wrong, the one that will go wrong, is the one that will cause the most damage". During holiday times, especially when you're entertaining guests, homeowners are confused about who to call first when they are experiencing a water leak.

I've written blogs in the past, but it never hurts to have a reminder! We want to remind you that we're the number to call when your home or business is affected by flooding from storm damage.

Second, be careful entering your home. Water damage can damage the structure of your home (sometimes beyond what the eyes can see) and we want to make sure that you are safe.

Third, document everything. Take photos on your cell phone of everything that is going on.

Fourth, don't use any appliances in the affected areas. It helps to keep the power turned off to those areas of your home until an inspection can be done to ensure it is safe first.

Last but not least, give us a call and we'll be there to help!

SERVPRO of East Davie/Cooper City is locally owned and operated, so we’re already close by and ready to respond immediately when you need us. We make a disaster "Like it never even happened." 954-741-4321 or 954-725-6400